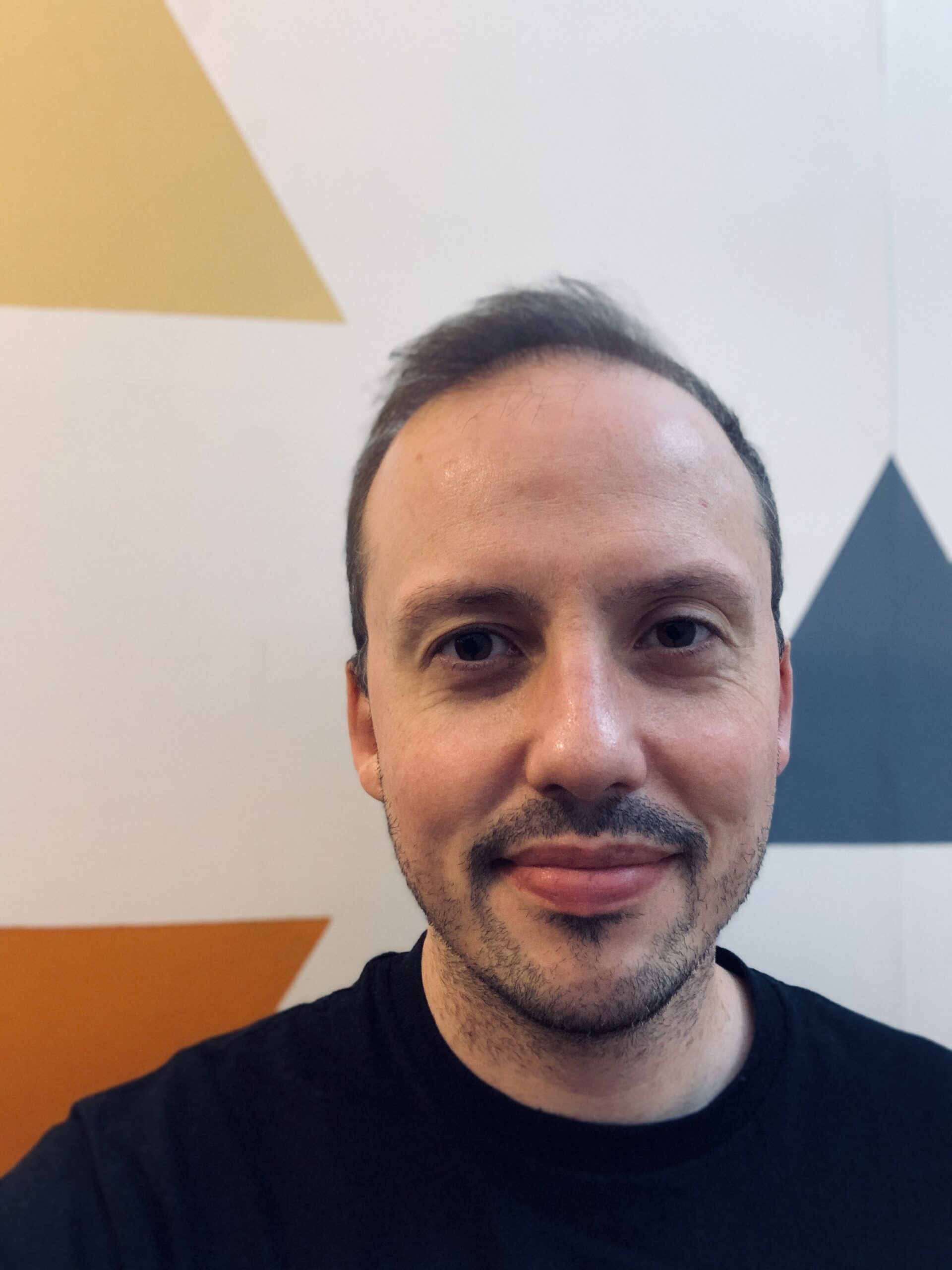 Helgi R. Ingvarsson is a versatile composer, conductor, singer and scholar based in England and Iceland. His music is regularly premiered and performed in the Nordic countries and England as well as in Ireland and Germany. Helgi has, amongst other works, written 5 operas to date, and is currently working on his 6th one, Þögnin (The Silence), due to be premiered in Iceland August 2022. Hi opera Music and the Brain (2021) received audience praise when premiered in Iceland in 2021 and is due to travel to Sweden and England in 2022. Other notable works by Ingvarsson include his work for vocal quartet “Þrjú ljóð fyrir loftslagið / Three poems for the climate” (2021), the playful “Random notes I found in the street” (2021) commissioned by Personal Clutter, his instrumental quintet “ELEKTRA” (2019) commissioned by Elektra Ensemble, the art song “Vetrarþoka / Winter Fog” (2016) commissioned by soprano Rannveig Káradóttir, and “Loftkastali / Castle in Air” (2013) for solo cello. Ingvarsson’s original music for strings was described by Icelandic critic Jónas Sen to have “a strong personal style” which “echoes the past” but with a completely unique inspiration. Recordings and further information is available on Ingvarsson’s website (http://helgiingvarsson.com/), Spotify and Soundcloud. Groups that have performed Ingvarsson’s music include the Chroma Ensemble (UK), Elektra Ensemble (ICE), Reykjavik Chamber Orchestra (ICE), The Composers’ Ensemble (UK), PERSONALCLUTTER (UK), Concorde Ensemble (IRE) and Kordía Kór Háteigskirkju (Kordía Chamber Choir) (ICE).

Music and the Brain Opera

SYNOPSIS
The opera “Music and the Brain” addresses the neurological and emotional effects that music can have on us. Inspired by the writings of neurologist Oliver Sacks, it tells the story of The Singer, whose successful career has been cut short by an accident. The resulting brain injury has caused her to lose the ability to comprehend music and perform. She is treated by The Doctor, who, as well as being a fan of The Singer, hopes that his research on this rare and interesting case will redeem him in the eyes of the academic community. As they both grapple with trying to understand the Singer’s condition, questions regarding the nature of music arise. What is music? Is it neurological? Or emotional? What happens in the musical brain when things fall apart? But the Doctor is nearly out of time, his big presentation is coming up and he needs to present his “findings” no matter what.